As a student going into dietetics, I study the impact diet has on health. However, recommending dietary changes has no bearing if I cannot get a patient to comply. A new diet can be difficult for most individuals, but even more so for those adjusting to an unfamiliar culture. The Campinha-Bacote model of competence states that in delivery of healthcare, cultural competence is found through: cultural awareness, cultural skill, cultural knowledge, cultural encounter and cultural desire (easily remembered mnemonic: A.S.K.E.D)(Ingram, 2012). In-depth interviews are recommended to prevent cultural imposition and to understand the complexities of every individual to plan the most effective path for dietary compliance.

In addition to familiarizing myself with history and traditions, I couldn’t think of a better way to learn about an unfamiliar culture than to fully immerse myself in a popular cultural celebration. That is why I chose to do this project on Genna Celebrations in Lalibela, Ethiopia- to better understand the complexities of Ethiopian lifestyle.

I wanted to evaluate current American perception, biases and knowledge of Ethiopian culture. I set up an anonymous survey of ten questions. Of the 74 responses, 57 percent admitted to knowing nothing about Ethiopian culture. When asked to summarize what they did know, the most common responses were its location in Africa, having tasty food, being the birthplace of coffee but most frequent answer of all: mention of poverty and famine, shown in Figure 1.

While poverty and food shortages still remain a threat in Ethiopia, it is a country rich in history and cultural diversity.

Ethiopia is a northeastern country in what is known as the “horn” of Africa. The country is ethnically diverse with over 80 different ethno-linguistic groups. The most common languages being Oromo and Amharic. It is the only place in Africa that has resisted European colonization and as a result has preserved much of its traditions, ancient languages and culture.

As of July 2018, Ethiopia has an estimated population of 108.4 million, making it the most populated landlocked country worldwide. The most populated area is its capital, Addis Ababa, with 4.4 million people. More than half the population resides in rural agricultural areas (The World Factbook 2016-17).

Ethiopian famine was brought to light in 1984 and efforts from around the world came to aid in food shortages. Leading up to that time, political turmoil and war contributed to food shortages before the well-known droughts that took place in the 70s and early 80s. While efforts since then have eliminated around 31 percent of poverty rates since the 1980s, food insecurity still remains a major concern today(World Bank Group, 2015).

Ethiopia has a diverse tropical climate ranging from temperate plateau highlands of the west, swampy lowlands of the river basins, to hot desert of the east and southeastern regions.  Lowland areas with more rainfall that would be beneficial to crops are not utilized to their potential due to the risks of tropical diseases such as malaria.

The primary crops grown include cereals (grains), pulses (dried edible seeds of the legume family), and Oilseeds. Sorghum and millet are drought resistant grains grown in lower elevation areas with limited rainfall. Maize is grown in lowlands where there is adequate rainfall. Common pulses are Fava beans, lentils, chickpeas. Oilseeds include niger, flax and sesame seed oils . Coffee and a stimulant called chat or khat are the leading export crops (Taffesse, Dorosh, & Gemessa, 2012).

Heavily spiced stews and meat dishes are central components of Ethiopian cuisine. The national dish is wat, thick slow-cooked stews served on spongy sourdough flat bread called injera.  There are many varieties of wat, some include chicken, beef, lamb, vegetables, lentils, or ground split peas, but the common ingredient to all of them is a spice mixture called berbere.

Coffee ceremonies, or buna,  are a common daily social event that can last up to three hours. It starts with the host roasting raw beans over coals and hand grinding the coffee beans with a mortar and pestle. It is then brewed in a coffee pot and served three times on a small, shared table decorated with leaves flowers and burning incense (Aitchison, personal communication, Feb 23 2019).

Overall, the Ethiopian diet is low in saturated and trans fats and high in healthy mono and poly-unsaturated fats and fiber. Their diet consists of low amounts of dairy, protein, fruits and green vegetables. (Kittler, Sucher, & Nahikian-Nelms, 2017).

Ethiopians eat two meals a day, and snacking is common. Before eating, a pitcher of water may be passed around to wash hands, followed by prayer. In some homes, guests wait to eat until the host tears off bread for everyone. Meals are served atop a mesob, a tall round basket, on a shared platter. Only the right hand is used for eating by using a piece of injera to scoop up bites of stews and side dishes (Kloman, 2010). It is common to feed each other as an act of friendship and love.

Family is an important component in Ethiopian lives. Homes are often multi-generational and men are expected to help support extended family. Men are authoritative roles and provide for the family and woman are responsible for taking care of the children, and cooking meals. Female modesty is expected and men are expected to be brave and respectful. Marriages are considered one of the most important events in a lifetime and must be approved beforehand by both families (IES, 2019).

Religion in Ethiopia is predominantly of Christian faiths including Ethiopian Orthodoxy, Pentay and Catholic totaling around 63 percent, followed by 34 percent practicing Islam (The World Factbook, 2016-17). Most celebrations in Ethiopia have religious origins.

Like America, one of the largest celebrated holidays in Ethiopia is Christmas, known as Genna or Liddet. While the holiday is celebrated by Christians around the country, many travel to the town of Lalibela, a town in the Amhara region of the north. Lalibela is well known for its 11 medieval churches built in 13th century.  These churches were carved down into the mountain, each structure surrounded by a trench and unseen from a distance. According to UNESCO, these hidden churches were devised by King Lalibela in response to Muslim conquests of Jerusalem halting Christian pilgrimages to the holy land (World Heritage List, n.d.).

The churches are connected with tunnels and narrow trenches starting at the base of the mountain weaving its way up, sometimes in ceremony seen as a symbolic journey of descending into earth and up into heavens (Windmuller-Luna, 2014).  The site is often called “New Jerusalem” and has been a highly frequented holy expedition site since it’s construction.

Genna is celebrated on January 7th each year, but fasting starts 40 days. During this fast, no meat, dairy, eggs, butter, or alcohol are consumed. Monday and Friday mornings, no food or drink is allowed until mid-day when they resume the vegan diet (Aymero & Joachim, n.d.). Thousands of pilgrims from all over Ethiopia travel to the town; some walking for weeks symbolically showing dedication to Egzabier, Ethiopian Orthodox word for God.

Christmas eve, the town is filled with people who traveled to the holy site to partake in prayer, songs, feasts, and games. Priests donned in all white ceremonial gowns gather and parade around the town, eventually making their way to each of the 11 mountain-carved churches. The ceremonies continue throughout the night.

Early Genna morning, when final ceremonies are complete, fast is broken and the feast begins. Animals are freshly slaughtered and meals are plentiful. Christmas meals include a variety of wat with Injera. Coffee ceremonies take place and tej, a fermented honey wine accompanies the feast.

Lavish gifts are not customary in Christmas festivities in Ethiopia, but some small gifts may be exchanged among family and friends.

A Taste of Genna

After months of reading journals, books and reviewing data about Ethiopian culture and history, I wanted to bring a part of this culture to my own kitchen and experience a part of Ethiopia through cooking a traditional Genna meal.

I found traditional methods of making injera and wat on youtube. I fermented both dark and ivory teff flour to make injera and made missir wat, doro wat, shiro wat and gomen, shown in Visual Aids.

The kitchen table was removed and in efforts to replicate the shared platter of a mesob, a small side table was placed in the room with small chairs. My husband and I ate the meal and I spoke with him about what I had learned about Genna in Lalibela and Ethiopian culture.

While I found the food delicious, the flavor combinations were unfamiliar. My husband, who desires bland seasoned food, gave a less than favorable review. It seems reasonable that someone who is accustom to Ethiopian cuisine would find western flavors equally undesirable. It would be a cultural imposition to assume that an individual would easily assimilate western textures and flavor principles.  While I cannot answer whether full cultural considerations are taken into account for the most effective methods of food aid, I have come to the conclusion that it seems to be an important component that should not be overlooked.

The overall experience shed light on differences to my own cultural customs. It underlines why cultural competence is necessary when discussing dietary changes within individuals. Compliancy is more involved than supplying a list of beneficial dietary changes, but must be applied in a way that the individual or community will respond appropriately. These applications can only be found through repeated cultural encounters and deep immersion of cultural understanding within the home or town of each individual.

Click here to see how I made authentic injera!

Taffesse, A. S., Dorosh, P. A., & Gemessa, S. A. (2012). Crop production in Ethiopia: Regional patterns and trends. In In Food and Agriculture in Ethiopia: Progress and Policy Challenges. Retrieved from http://ebrary.ifpri.org/cdm/ref/collection/p15738coll2/id/127350 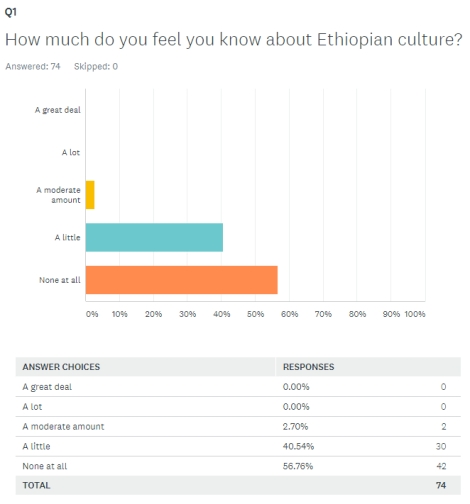 In just 1-3 sentences, what do you know about Ethiopia? (anything about location or culture) 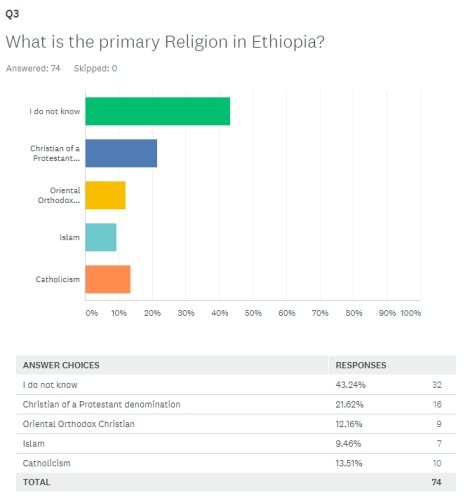 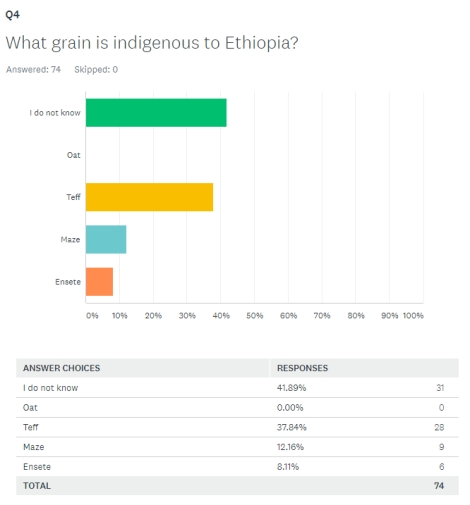 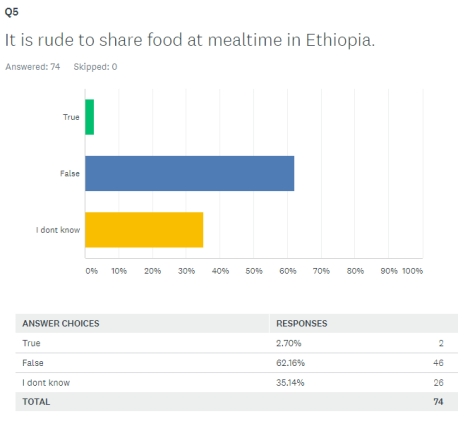 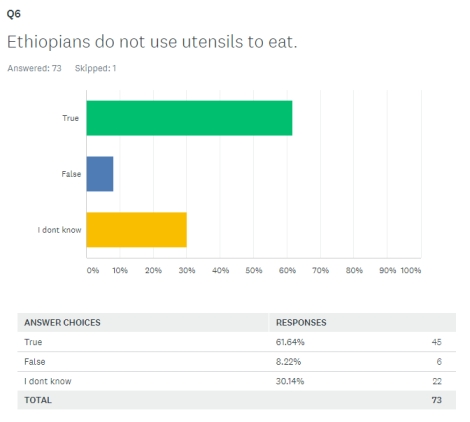 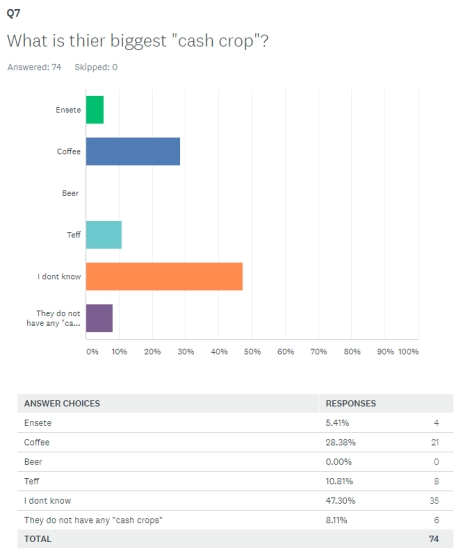 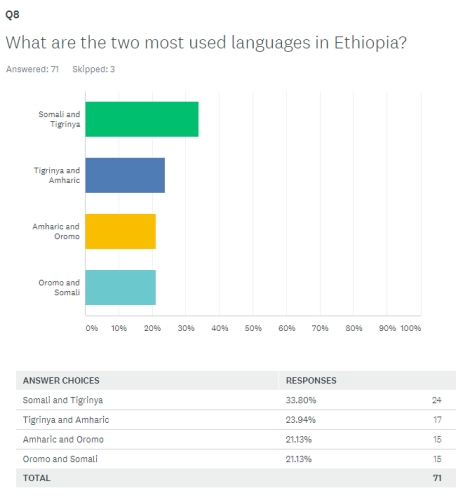 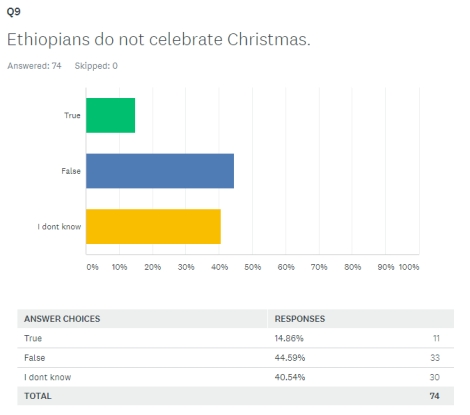 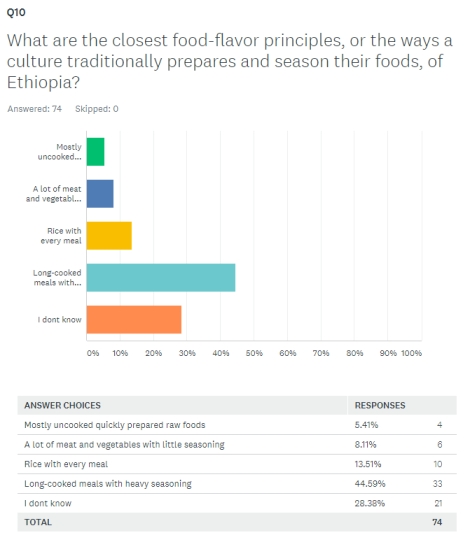 Follow I Can Run, So I Will! on WordPress.com
Join 18 other subscribers