This was my first attempt fermenting a grain and sadly was complete fail. The second time around, I changed things up and it was a big win! This post is a comparison of my failed version to the successful one in hopes to help others interested in fermenting teff, perhaps other grain fermentation as well.

For my first try, I wanted to go as minimal with ingredients as possible and only used Bobs Red Mill brand Teff Flour, and bottled water. I fermented for 5 days and completed the same three steps as the successful second batch. (see that process here!)

I measured everything out to a recipe I found online and mixed with kitchen utensils.

Cooking: I cooked the first batch on a cast iron pan, first on medium heat which was sticky and uncooked in the middle. Then on high heat- where the “bubbles” didn’t form and it just stuck to the well seasoned pan.

All in all, I threw out the entire 5 days worth of fermentation and started from scratch. 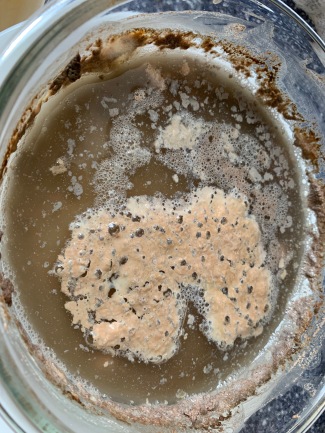 Liquid on top after the 5 day fermentation. If you look at the image on the left in the top you can see some fuzz growing at the dirty looking ring on the side of the glass bowl. 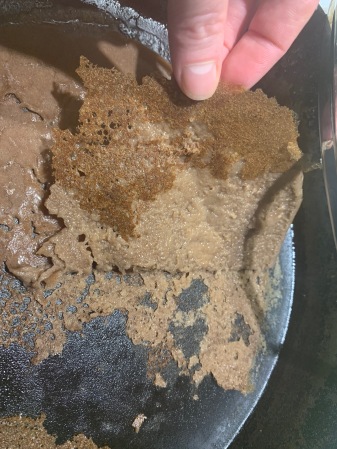 All cooking attempts did not produce many “bubbles” or air pockets like you would want in a spongy flat bread of injera.

My second attempt I did not measure anything and only went by texture, look and smell. I also decided to step out of my comfort zone and used my hands to mix the teff just as they do in Ethiopia to be as authentic as possible.

I didn’t have any flour left, but I had whole teff grain and ground that into a flour with a Vitamix.

I added a little bit of yeast to the mixture and mixed with my hands to incorporate well before adding more water, just enough to cover the grain *making sure to clean off the sides as I poured in the water*

In the second step of the process, you boil about a cup of the 3 or 4 day fermented mixture in boiling water, cool and remix into the mixture before fermenting one more day or overnight. The first batch I did not cool. This time I did!

Cooking: I purchased a high temperature griddle with a lid and a Lefse Stick (looks like a long paint mixer stick with smoothed edges) used to lift up the bread after it is cooked. 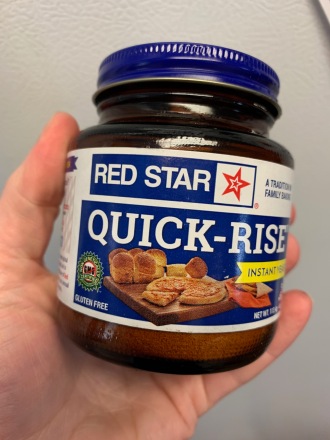 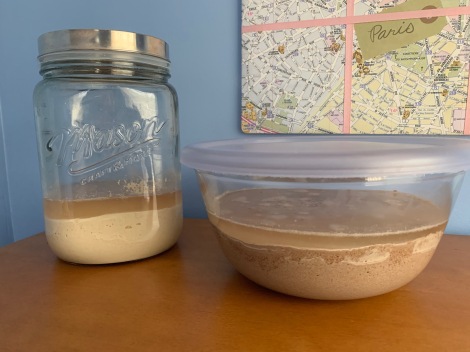 Added yeast to ingredients, didn’t measure, used hands to mix, made sure the sides of jar was clean and grain under water, COOL step two in the fermentation process before adding back to mixture, better (heat controlled/larger) griddle.

Youtube video I went off of (didnt measure anything, and made smaller batch):

Follow I Can Run, So I Will! on WordPress.com
Join 18 other subscribers